On Wednesday 8th January 2020, there was a report of 2 males travelling in a flat backed truck, offering gardening services in your area. These persons were offering their services for an overly inflated price. The garden waste from the job they performed was then later dumped by the roadside. Please only use approved traders that you have contacted yourself and that you know and trust. If unsure please take full descriptions of persons involved and vehicle, including registration number and contact police using the 101 system.

Use this form only for Neighbourhood Watch enquiries.  If you wish to contact the Village Hall for any other business, please use the form in the "Contact Us" page..  Thank you

Please do not engage with these people or let them in to your homes.

Please report any suspicious activity to the police. 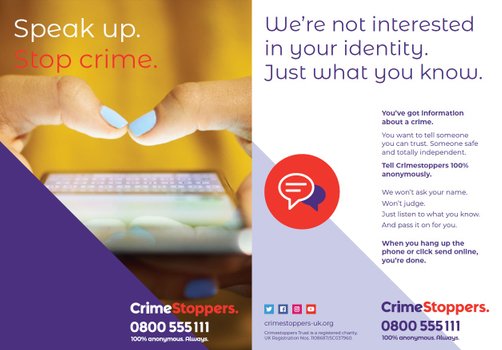 The following message has been circulated by the Elsham Neighbourhood Watch Team and has been shared with other Teams in the area.

"There has been a WHITE FORD TRANSIT VAN registration number ND58 BUO in the village today, allegedly selling fish, however the van appears to have no freezer/fridge bit to confirm this.

Reports on Elsham Past and Present Facebook page says that there were 3 men claiming to be selling fresh fish; and have visited various properties around the village - claiming to actually be delivering to one!  One of the men appears to have a North East Accent."

Please be vigilant and report anything suspicious to our local Neighbourhood Watch Team.